The Government has introduced a Bill to protect people from online harms. The Bill creates a duty on websites which are ‘likely to be accessed by children’ to assess the risk and take appropriate actions.

The Bill will give the regulator (Ofcom) the power to either block or issue fines to sites and platforms that don’t comply with the new online regulations. Of course, many sites would prefer not to comply with these extensive new requirements, and if that is their preference, then they could avoid them by preventing children from accessing the site. Age verification will be in demand where this is the case.

Age restrictions on pornography sites will probably attract a lot of attention – albeit only after bigger fish have been fried by those worried about the Bill’s affects on online anonymity, freedom of speech and freedom of the press.

Once the Act is passed secondary legislation will be needed that addresses social media platforms, websites with user-generated content and for search engines. Ofcom has to draft regulations and assessments, which need to be agreed by the Secretary of State and by Parliament before the new duties take effect. So, it could easily be 2025/6 before we see the bulk of the new child safety measures taking effect.

However, it appears that the protections the law will offer children from exposure to porn could precede the protections on other classes of sites. Once the Act is passed a minister could make the decision to enforce the legislation – a process known as ‘commencement’. Whether Lords and MPs will trust the government with that degree of discretion, given the past record commencement of the Digital Economy Act, remains to be seen. But it does appear that if ministers are truly committed to a policy to implement age verification for online pornography, then they can do so almost immediately the Bill is given Royal Assent by the Queen and becomes the law of the land.

The Bill still needs to undergo parliamentary scrutiny. One major concern is that the otherwise effective enforcement measures included in the draft, cannot be applied at the scale required to address international online industries, and what good is an unenforceable a law?

However, there is still time to iron out the issues in Parliament. The Bill introduces a sorely needed duty of care to website owners and that should stand the test of time, and offer flexibility to address emerging threats and new technology. It could be a significant step towards creating a safer Internet for children in the UK. 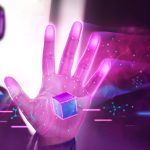 How will age verification work in the Metaverse?News