Will online gambling companies be banned from advertising on football shirts?

The government is keeping tight-lipped about what might be in the upcoming review of the 2005 Gambling Act. But that hasn’t stopped speculation about online gambling company logos on football shirts: will they be banned, or not?

In May, BBC Sport reported that the review included plans to ban gambling companies from having their logos on the front of Premier League club football shirts – among other changes to gambling laws, in what a spokesperson called: “the most comprehensive review of gambling laws in 15 years, to ensure they are fit for the digital age.”

But a recent piece in The Times claimed that the football shirts ban had been dropped from the review, following concerns from football clubs that lost revenue could have a catastrophic effect on their finances. Almost half of the clubs in last season’s Premier League were sponsored by gambling companies, and the EFL says that a gambling sponsorship ban would cost clubs around £40m a year.

These plans for a ban have followed increasing concern that online gambling advertising during live sport has resulted in primary school children having more awareness – and even brand loyalty- towards gambling companies. In October 2022, new Committee of Advertising Practice (CAP) regulations banning sports stars and social media influencers from UK betting ads will come into effect.

However, in a new twist, the Premier League has now reportedly asked clubs to support phasing out gambling brands advertising on shirts. If that’s successful, they hope, actual legislation won’t be needed – though, of course, it could still be an option if a voluntary agreement doesn’t work.

It’s believed that the plans would see an end to shirt sponsorship deals with betting firms within three years. 14 clubs need to agree for the plans to be adopted. This agreement would mean that existing sponsorship deals can play out, as long as they don’t last beyond the 2024-25 campaign.

Campaigners are likely to consider that a voluntary agreement doesn’t go far enough. And have also raised concerns that the original ban plan didn’t

go far enough: that it makes no sense to ban online gambling sponsorship from the Premier League when there are hundreds more football teams allowed to continue.

With the gambling review still unpublished, and with clubs yet make up their minds, it could be that we’ll see more twists and turns on this issue. Whatever the immediate outcome, it’s likely to be controversial – and a truly final decision could be some way off. 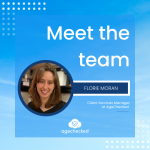