Vaping was recently cited in an independent review of the Government’s smoke-free ambitions as a key part of the UK’s smoke-free strategy. But alongside recognition of the benefits of vaping, vape retailers face a key challenge: a flood of illegal vapes smuggled into the UK, leading to demands for more regulation.

The BBC recently warned that thousands of disposable and unsafe vapes, usually in sweet flavours to make them more attractive to children, are being regularly seized by Trading Standards. One trading standards officer told the BBC: “There’s no way of knowing what’s in them.”

Of course, it’s illegal to sell any electronic cigarette product to under-18s: do so and you risk a £2,500 fine. But a recent survey from anti-smoking charity ASH found that more than one in ten 16 and 17 year-olds and seven per cent of 11 to 17 year olds are vapers.

And it’s highly likely that they’re using harmful vapes, rather than those sold by responsible retailers. Retailers who are prepared to sell illegal vapes are highly likely to be the same retailers who have either inadequate age-checking systems in place – or no systems at all.

The law says that all vape retailers must have sufficient age-checking systems in place. And while operating within the law has its challenges for retailers – such as the expense of setting up and running a system and keeping up-to-date with changing legislation – having that system in place has added value beyond compliance with the law.

In fact, having an age-checking system is increasingly likely to become a mark of quality for responsible vape retailers. It demonstrates that the retailer cares about its customers. The right system sends a message: it supports the legitimate vaping industry and recognises the value of vaping as a vital smoking cessation aid.

Vaping is a relatively new industry which has faced many challenges, from counterfeit products to unsubstantiated health claims. Age-checking systems give retailers legitimacy in more ways than one. As demand for vaping continues to grow, it’s those companies which recognise the importance of age-checking systems who are more likely to succeed and take vaping forward. It’s now up to them to lead the way. 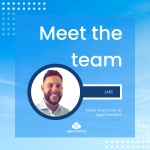