Was the General Election good or bad news for those who want to see better protection for children when they go online?

At the time, October’s decision to withdraw plans for compulsory age verification for accessing adult websites was given little or no good explanation, with no clear alternative plan to protect children from stumbling across pornography, beyond very broad statements about the need for a broader approach to online harms.

Many have since concluded, with the benefit of hindsight, that it was the imminent announcement of a General Election was a more convincing rationale for this reversal of policy by Number Ten. Change is difficult to accept at the best of times, and introducing this new safeguard in the middle of an election campaign was understandably ducked. But instead of simply postponing the implementation, again, of a law Parliament passed over two years ago, the entire policy has been scrapped for a “new approach”.

So, it appears as we start the New Year, we are now back to the drawing board. The Minister mentioned the potential for artificial intelligence to guess a user’s age from a picture or video, “so long as there is an appropriate concern for privacy”. This was an idea also put forward at the end of last month by the Australian Department of Home Affairs to the Social Policy and Legal Affairs Committee of their House of Representatives. Under the proposals, the faces of computer users would be matched to government-held images from official identity documents. The public response ‘Down Under’ was loud and clear – if consumers were reluctant to share their identity directly with adult websites, they certainly had no intention of providing them with a selfie.

Age Verification for adult content has grabbed the headlines, perhaps because for newspapers as much as websites, sex sells. But AV is of course required for many other goods and services. We’ve just finished a period of firework sales and Christmas gifts, from chocolate liqueurs to engraved whiskey bottles which all require online retailers to check the age of their customers. The rules are tightening all the time, with the Offensive Weapons Act ready to be put into effect, explicitly requiring a further age check when knives or corrosive substances arrive at the door, in addition to a rigorous online verification during the purchase process.

At AgeChecked, we work with many different suppliers, and help them to comply with the regulations as they apply to the particular item or service they are supplying. But this is a complex endeavour, as each regulator and piece of legislation, currently starts afresh, often designing from scratch its own approach to AV.

This is expensive for all concerned, and undermines the effectiveness of the checks. If we, and our competitors, have to re-design our technology for almost every new regulated good or service, then our fees rise, and that increases the costs faced by online suppliers who in turn will reflect these in their prices to consumers. Regulators expend a lot of time and energy inventing their novel approach. Ultimately, it will be customers who pay for these checks, so it makes sense to all concerned to find a way to keep these costs down.

The best way to do that would be for government, not just in the UK but around the world, to develop AV within a common framework, built on agreed global standards, which allow regulators to select from a defined range of options for age checking, which achieve a level of confidence in the age of a customer proportionate to the risk involved. For buying a hunting knife, the Home Office may insist on tests which are 99.9% accurate, and are carried out afresh for every purchase. But for buying those chocolate liqueurs, a check you’ve previously completed to prove you are old enough to buy a bottle of scotch, may be more than sufficient.

By creating a limited matrix of check levels and uses, not only is the process cheaper, but it is also more convenient to the customer. In many cases, age checks can be conducted completely invisibly to the person placing the order; and in other cases, a one-time inconvenience would prevent a hundred further requests for proof of age across the web.

AgeChecked has been working towards this vision for several years. Alastair Graham, CEO of AgeChecked, sat on the steering committee for the original standard for age verification in the UK – known as PAS1296:2018 – which was developed by the Digital Policy Alliance, as a collaborative effort across operators of websites in regulated sectors, and innovative technology suppliers like ourselves.

We are now working with our fellow suppliers as part of our trade association, the Age Verification Providers Association, to use the opportunity of the re-elected government which has a good prospect of lasting 4 – 5 years in office, to call once again for a strategic, joined up approach to an age verification solution.

There is cross-party consensus about the need for action to make the online world safer. Party manifestos all mentioned online child protection, although some did so in very general terms.

The Conservatives plan to “legislate to make the UK the safest place in the world to be online – protecting children from online abuse and harms, protecting the most vulnerable from accessing harmful content.”
The LibDems emphasised that “addressing the issues of cyber security, data protection and privacy is a top priority” – a sentiment I share.
And Labour wanted to “enforce a legal duty of care to protect our children online, impose fines on companies that fail on online abuse and empower the public with a Charter of Digital Rights.”
So, there is a cross-party consensus that online child protection is a priority – we now need to move forward in 2020 to deliver, quickly and effectively, the best protections that technology can provide. And the Age Verification sector has a lot of expertise to offer the re-appointed and ennobled Secretary of State for Culture, Baroness Morgan, because this is an issue that cannot be delayed any further. It’s time for some joined-up thinking across government so that we can, finally, ensure that what is illegal offline is also controlled online.

Was the General Election good or bad news for those who want to see better protection for children when they go online?2020-01-152020-03-18https://www.agechecked.com/wp-content/uploads/2020/01/logo-ac-e1581620570674.pngAgeCheckedhttps://www.agechecked.com/wp-content/uploads/2020/02/agechecked-election.jpg200px200px
Recent Posts
CONTACT
USEFUL LINKS
SOCIAL
ISO27001 CERTIFICATION 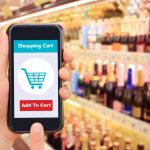 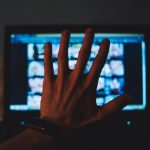