There is a renewed sense of momentum in the field of age verification.  The past month has seen real progress in regulatory, legal, and political dimensions.

Ofcom has launched a call for evidence to inform its plans to regulate video-sharing platforms.  The revised Audio-Visual Media Services Directive (AVMSD) extends existing legislation covering adult channels on what we used to refer to as cable TV to online platforms such as YouTube and TikTok.  Initially, Ofcom will only regulate those platforms headquartered in the UK, with the other EU Member States responsible for regulating companies based in their jurisdiction, although this could change at the end of the Brexit transition period.  But the goal across the EU, which will be maintained by the UK, is to protect children from harmful content.

Many see this as the first step towards more comprehensive regulation of social media platforms by a new Online Harms Bill, so are watching carefully to see how Ofcom decides to approach this. Naturally, AgeChecked will be pressing Ofcom to adopt the only globally recognised standard for effective Age Verification, the BSI’s PAS 1296:2018 Code of Practice, and arguing that allowing VSPs to conduct their own weaker forms of age assurance will not be commensurate with the risk of harm arising from some of the more extreme content available on such platforms, presently with little more than a tick of a box or entering a date of birth (often guided by date options that won’t allow you to be any younger than 13 even if you try).

Meanwhile, in France, their Assembly and Senate have made good on a promise from President Macron to enforce age restrictions on online pornography – “Un véritable contrôle de l’âge”.  In November, the President said to UNESCO, “We are giving Internet players six months to offer us robust solutions. If in six months we do not have a solution, we will pass a law for automatic parental control.”  He has set the bar high: “the mere fact of declaring your age online is not sufficient protection against access to child pornography .”

But this voluntary code was deemed insufficient by the lawmakers in France and they moved ahead with legislation.  Passed unanimously as an amendment to a Domestic Violence Act, the French audiovisual regulator, CSA, will be granted new powers to audit and sanction companies that do not comply — sanctions could go as far as blocking access to the websites in France with a court order.

We hope that AgeChecked has a role to play in serving the French market, the solutions that were developed for the UK’s now withdrawn Digital Economy Act, were specifically designed to meet the privacy requirements for this sector.

Speaking of the Digital Economy Act, the High Court gave us, along with three other age verification companies, permission to bring a Judicial Review challenge to the government’s decision last October to abandon the AV requirements for online pornography.  The judge agreed that we could make our case that Parliament has passed this law, so ministers are not able to simply announce it will ever be implemented.   While the case will take weeks or months to reach a full hearing on the facts, we will shortly be provided with documentation explaining the rationale for the decision to drop this child protection law, made shortly before the General Election.

While no-one argues that the DEA was the perfect solution to every risk to children on the internet, it was going to be a solid first step and would have comprehensively prevented young children from stumbling across hardcore pornography.  The government’s new plan is new legislation targeting Online Harms, but this is a very controversial Bill, which no-one expects to take effect before 2023/24 at the earliest.  This is a classic example of allowing the best to be the enemy of the good – and in the fast-moving virtual world, if you always wait for a perfect solution that deals with all the latest advances in technology, you will never deliver anything.

Finally, we were pleased to hear from the Home Office that Covid-19 will not delay implementation of the Offensive Weapons Act which brings in much more rigorous Age Verification requirements for online purchases.  In a letter to our trade association, a Home Office official reassured us that there would be no delay through a policy easement and the final statutory guidance will be published shortly.

It is good to see the Home Office setting a strong example here – we hope other departments will follow their lead so the many sensible components of a comprehensive regulatory framework to protect children online can quickly come together as a coherent set, built on rigorous, standards-based and independent age verification.  Who knows, we might even keep up with the French! 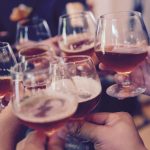 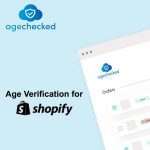 AgeChecked takes off with Shopify appNews