The Government has delayed compulsory age verification again, when will we get the online protections that parents demand? – By Alastair Graham, CEO of AgeChecked

The Government has delayed compulsory age verification again, when will we get the online protections that parents demand?

The government’s decision to withdraw plans for compulsory age verification for accessing adult content online has been the source of tremendous frustration among parents this week.

These long-delayed, tighter controls were originally due to come into force by Easter, then by July, but were pushed back after the government failed to notify the European Commission about certain aspects of the crackdown.

These postponements, and now the absence of legislation, means that young children will remain unprotected. While politicians delay, many more young people will stumble across highly explicit and extreme adult content accidentally.

Research from the British Board of Film Classification (BBFC) found that it was common for children as young as 7 and 8 to see pornography online. 53% of 11 to 16-year-olds have seen explicit material online, nearly all of whom (94%) had seen it by the age of 14.

A recent report by the NSPCC, the children’s charity, highlighted widespread confusion amongst children over what constitutes “normal” intimate activity as a cause for increasing peer sexual abuse.

AgeChecked research found that the majority of the parents surveyed believe that current age restrictions are not working effectively, and it is not just parents who take issue with this. The NSPCC found that 80% of young people felt that age verification was needed for sites that contained adult content, and 72% felt that social media sites needed to take more responsibility to protect young people from accessing adult content.

Those supporting the decision not to implement the age verification requirements of the Digital Economy Act argue that a wider child protection strategy is required. It is true that the Act did not cover social media platforms, from where a lot of adult content is accessed by children inadvertently. This was clearly a weakness in the Act; policy makers have acknowledged this and proposed that new, more comprehensive measures are to be developed as part of the Online Harms Bill which will be published in draft during 2020. Unfortunately, there is little chance of new protections within this new legislation being put in place before 2021.

Whilst the gaps in the previous legislation are addressed, there is little explanation by the government as to why the initial plans applying to adult content should be completely shelved in the meantime. There are suspicions that the explanation can be found in concerns aired in the press that the regulations did not guarantee enough protection of citizen’s data.

Campaigners strongly objected to the fact some of the age verification companies in line to provide age verification in the UK, actually shared ownership with companies that distribute pornography. The concerns focused on the risk of individuals’ personal data becoming linked to their browsing habits on pornographic websites.

At AgeChecked we share that concern. We believe that the application of age verification should be delivered independently of the websites to which it applies, and in a fully anonymised fashion so individuals cannot be identified. The Digital Economy Act did not mandate these requirements; we hope these shortcomings are addressed properly in new regulations.

As a result of this change in direction from government, the industry now turns its focus to the Online Harms White Paper, which proposes the establishment of a duty of care on companies to improve online safety, overseen by an independent regulator. There is also the need to comply with Europe’s main piece of media legislation – the Audio-Visual Media Services Directive (AVMSD) – which is an obligation for EU member states to designate one or more independent national regulatory authorities to oversee the broadcasting and audio-visual media sector in Europe, by 19 September 2020, bringing video sharing platforms under the same regulations as the video-on-demand sector.

This all means delay. Whilst politicians must take the shortcomings of The Digital Economy Act into account when writing and implementing any future legislation, action is still needed to crack down on young children’s ease of access to adult content. Delaying the implementation of age verification further leaves opportunity for more issues to arise and lengthens the amount of time that children are unprotected and vulnerable.

The ease of access to adult content online is not restricted to the UK and is a global problem, however the UK has led the way in the introduction and implementation of age verification and should continue to do so.

The technology to bring this change in online protection is available today and is currently in use in other sectors online. Age verification providers such as AgeChecked are ready to share their technical expertise and experience of securely conducting thousands of age checks every day, to help ensure the UK continues to set the gold standard for online child protection.

Alastair Graham is the CEO of AgeChecked, a provider of online age verification for websites that sell age-restricted goods and services.

The Government has delayed compulsory age verification again, when will we get the online protections that parents demand? – By Alastair Graham, CEO of AgeChecked2019-11-042020-02-28https://www.agechecked.com/wp-content/uploads/2020/01/logo-ac-e1581620570674.pngAgeCheckedhttps://www.agechecked.com/wp-content/uploads/2020/02/ag_blogphoto_aug20.png200px200px
Recent Posts
CONTACT
USEFUL LINKS
SOCIAL
ISO27001 CERTIFICATION 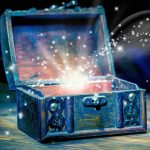 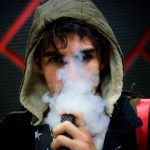