Back in January, French President Emmanuel Macron made it clear that he believed there was a need for greater measures that protected children from accessing adult content online. Now, in July, the French Parliament has agreed to pass a new law that requires age verification on sites that offer restricted content.

In this blog, AgeChecked explores the move by the French parliament and discusses the impact that this decision might have on the previous move made by the UK government. Read on to find out more.

At the beginning of July, the French Parliament agreed unanimously to introduce an age verification system nationwide. This would restrict minors from gaining access to adult content, including pornography websites. The French government has allowed the websites to decide on their own age verification technique but have suggested that credit card verification might be the best way forward.

According to reports, the French audio-visual regulator CSA will be able to audit and sanction companies that are not complying with the new law. This could then result in the websites being blocked in France with a court order if the issue is not resolved.

Will This Impact The UK?

In late 2019, the UK plans to introduce a similar law were dropped due to privacy concerns and technical difficulties. This was greatly criticized by many who had worked hard to implement the changes and offer a solution, similar to the age verification tool offered by AgeChecked.

On the same day that the French government agreed to pass this law, there was a challenge on the legality of the UK government’s decision to change their plans. This challenge, which was backed by AgeChecked and other UK age verification companies, was greenlit by the courts. Ideally, pressure from the decision made by the French parliament will result in positive change in the UK.

AgeChecked strongly believes that there should be tighter controls on who is accessing adult content online. AgeChecked was disappointed by the UK government’s decision to backslide on this law back in 2019 and hopes that things will change soon enough.

Following the court hearing that took place at the High Court in London, we look forward to hearing more about the government’s decision and why it came about. Hopefully, over time, we will understand this decision and find a way to achieve what France and other nations have managed to achieve.

Whilst there isn’t a law in place currently that requires those offering adult content to verify age, it is morally the right thing to do. If you are offering this kind of content and want to implement an effective age verification system, get in touch with AgeChecked today. We will be happy to answer any questions and get you set up in no time at all. 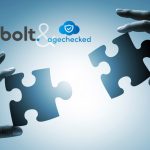