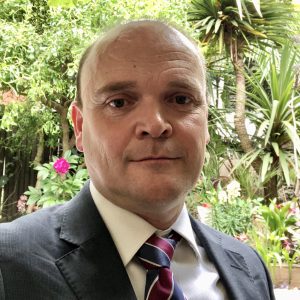 Say the word “convergence” to art-lovers and they’ll think of Jackson Pollock. In 2015, it was a horror film set in a haunted hospital. In Mexico, it’s a political party. But in the world of tech, it’s about how multiple strands of functionality are combined. For example, Smart TVs now offer access to terrestrial and satellite TV, the internet, and web conferencing facilities.

In the sphere of Age Verification, we expect to see this phenomenon in a couple of ways.
First, in terms of the regulation relating to age-restricted products and services across different jurisdictions. Last month, we wrote about the emergence of a new standard for AV, to update BSI PAS 1296. This can become a loadstar for policymakers around the world, enabling a common understanding of age assurance to different but set levels of confidence.

Second, and consequentially, across products. Cultural differences have led to differing emphases in different countries as they introduce online AV. In the UK, it was initially aimed at preventing children from stumbling across commercial pornography websites, but as that was deferred and then dropped by Government, it was alcohol products and gambling services that came to the fore. In France, President Macron determined to address access to pornography first. In the USA, the latest FDA activity will ensure that vaping products are the pathfinders.

Third, in terms of sales channels. These days, its possible to buy a bottle of Scotch over the counter in an off-licence; by using a self-service checkout in your local supermarket; or buy ordering online direct from a Highlands distillery. In some cases, these channels are all available from the same operator. Presently, they have a different mechanism for implementing age restrictions for one or more of these channels, which requires multiple technologies, training, test purchasing, and certification. Compliance officers will tire of the cost and effort this requires, in parallel with consumers wanting the most convenient, ubiquitous way to prove their age.

There are already innovations in this area. The Proof of Age Standards Scheme is working intensively to devise a way for a plastic card in your wallet to be presented securing as a Digital Proof of Age on a smartphone. In Manchester, a service has launched allowing you to prove your age with just the veins in your finger and pay for your round the same way. And Challenge 25 policies can now be applied using facial analysis, with artificial intelligence providing sufficient assurance that a shopper at a self-service till is at least 18 because the computer estimates them to be over 25.

What is emerging is a coherent, interoperable, ubiquitous approach to age verification, allowing citizens to prove their age whenever and wherever necessary without the need to divulge their identity or carry specified government-issued identity documents. In a world where we are all increasingly sceptical about the use and abuse of our personal data, this is an attractive alternative to digital ID schemes, be that for free-thinking artists, South American politicians or someone who just wants to watch a hospital horror film on a Friday night. 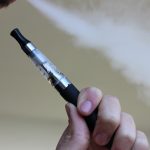 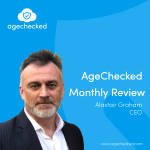