In 2021, there were 41,000 offences involving a blade in England and Wales: a jump of 27% in a decade. Those offences resulted in 4091 hospital episodes and 224 homicides using a sharp instrument. Now, final changes to the legislation introduced by the Offensive Weapons Act 2019 have come into force – and police and campaigners are hoping they will help to bring down knife crime for good.

So, what do these changes mean? It’s already illegal to sell knives to people under 18 and there’s a whole host of measures around selling knives from retail premises, including the need for in-store 18+ age verification (with many retailers now using Challenge 25 signage), staff training, and safe storage and display. But now, online retailers and courier companies are legally obliged to make sure that knives and other offensive weapons aren’t sold or delivered to people under 18.

The Act states that online sellers of knives must now show that they have a system in place to verify the age of the purchaser – and that the system is likely to prevent purchases by under 18s. It doesn’t prescribe a specific age verification system but says: “It is up to sellers to make a decision on whether the system they use meets the requirement that it ‘is likely to prevent persons under the age of 18 from buying such articles by that method.’”

It adds: “It is for the seller to decide what system works best for their business model and will allow them to demonstrate that they took all reasonable precautions and exercised all due diligence.” And it specifically points out that methods such as ticking a box confirming they are over 18, relying on information provided by the buyer which isn’t a valid form of ID, and using payment systems which don’t verify age at point of purchase “are not sufficient to demonstrate that the seller has an adequate system.”

collection point. And the seller isn’t allowed to deliver the package – or arrange for it to be delivered – to a locker.

The message is coming through loud and clear: it’s time for online knife retailers to get that age verification system in place. As Patrick Green, chief executive of anti-knife crime charity Ben Kinsella’s Trust says: “Knife crime has an impact on us all, and it is vital to do all we can to remove knives from our streets. The importance of this Act in helping to do this cannot be understated. It will put in place measures to ensure that irrespective of whether you buy a knife on the high street or online, you will be subject to an age verification process.” 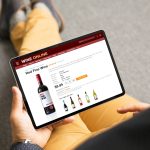