Online alcohol retailers: it’s time to up your game when it comes to age verification. That’s the message, loud and clear, from a Wrexham Glyndwr University study supported by charity Alcohol Change UK. It asked a simple question: are the current laws working, and stopping under-18s from buying alcohol online? The simple answer: absolutely not.

“Current measures are pretty ineffective – it is trivially easy for someone underage to buy alcohol online,” says Vic Grout, professor of computing futures and co-author of the study with Jessica Muirhead, computer science programme leader.

He points out that these measures are largely based on trust – such as checking a box to say you are over 18 or entering a date of birth which could be false. While some retailers required a credit card – which under-18s can’t get – the research found that some underage buyers simply used a parent’s card, or a pre-paid card. When students were interviewed about how they got hold of alcohol online when underage, they shared a whole host of simple methods for bypassing checks.

What about doorstep age verification and the Challenge 25 policy? That’s explicitly written into many retailers’ policies, after all. But many of Grout and Muirhead’s student interviewees reported that alcohol deliveries had been simply dropped off with no checks. After all, a delivery driver who doesn’t get paid if they don’t make their deliveries is unlikely to spend valuable time waiting on the doorstep for a customer to produce ID.

The research also points out that many online-only retailers use third-party delivery services to deliver their goods. Those third-party services don’t enforce age checks on delivery, leaving only the ineffective point of purchase procedures.

“It was not surprising that current measures are so poor, as this has been reported in the mainstream media over the last few years,” says Muirhead. “The largest surprise was the range of methods that could be used to circumvent the measures, and the lack of accountability placed on retailers, particularly where delivery apps are involved.” Our society places a huge emphasis on preventing physical sales, she adds. “But online is often overlooked, even with younger people being fully immersed in continuously connected digital technologies.”

So, what’s the solution? Research around other age-restricted products or services, such as the sale of weapons or online gambling, suggests that working within existing systems is the key, say Grout and Muirhead in the report. “Rather than change the entire system, a better approach is to improve and build on current patterns to increase organisational buy-in and societal acceptance.”

These solutions could include purchasing a token with an access code at a physical location where age could be checked manually or using mobile phone verification – this would check for filters which block mobile access to adult-only websites. However, both these systems have weaknesses.

Processes which involve multi-factor authentication, allowing a purchaser to use various methods to demonstrate their age, are likely to be more robust. Bank authentication uses trusted data sources – and could be achieved using existing payment mechanisms.

And one remarkably simple solution could be to give alcohol its own Merchant Category Code (MCC) – the codes used by banks to identify card transactions. Although there’s a code for bars and clubs which sell alcohol, there isn’t a separate one for alcohol bought in a supermarket online – it’s just classified with the ‘grocery store’ code. This would make it much easier for banks to stop pre-paid credit cards from buying alcohol from supermarkets. In fact, many pre-paid cards already have this ‘MCC filtering’ applied for other age-restricted goods and services.

The government is listening. Last year, it put out a call for sandbox proposals for innovative approaches to age verification. Those trials are running now, with participants including Tesco, Aldi and Morrisons. Whatever the solutions turn out to be, online alcohol retailers need to seriously consider how they’re going to tighten up their verification – or risk being left behind when the inevitable changes come in. 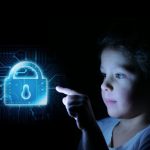 Here is why Instagram is making age verification mandatoryNews 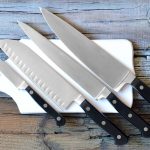