It has been over a year since a new legal framework regarding online gambling was approved by the German heads of state. The Interstate Treaty for Gambling (GlüNeuRStV) allowed the German market to open up to all verticals but there was still some resistance from several German states.

Now, a year on, 13 out of the 16 German states have agreed to the new framework, allowing it to be signed off. This was required before the treaty could be ratified. So, what does this mean for operators in Germany? Read on to learn more about the new German gambling regulations.

Just last week, three more German states added their names to the list of approvals. While the German heads of states had already voted on the implementation of the framework, they needed the approval from 13 out of the 16 states. The most recent states to add their name to the list were Sachsen and Schleswig-Holstein.

Just three more states are holding out, but their refusal so far won’t have much effect now that the remaining two states have signed off. Going forward, the treaty will be ratified, unifying the German gambling regulations under a single framework.

What Does This Mean For Operators?

When the treaty and framework were first introduced, there was quite a lot of resistance from both operators and state legislators. In an attempt to ease the acceptance of the new regulations, a transition period was introduced.

One of the most notable changes in the new German gambling regulations is the requirement for compliant age verification and player authentication systems to be used. If operators cannot verify the age and identity of their players and prevent minors from accessing the products, they could face action from the regulatory body.

Operators have had more than enough notice of this change, but the ratification of the treaty is sure to shake things up a bit with those who haven’t yet made the change.

The Interstate Treaty for Gambling is set to officially be in place in July 2021, as previously planned. This will allow the German regulatory body to ensure operators are implementing the correct player protections. All operators must be aware of the new rules and have the correct measures in place ahead of time.

How Can AgeChecked Help?

AgeChecked has an effective verification and authentication solution that can benefit operators targeting players in Germany. This solution utilises permissioned national datasets and is compliant with the new German gambling regulations. Once the player’s age has been verified, AgeChecked is able to authenticate the player with a swift and secure bank authentication process and will also check to ensure that only one bank account is being used by the player for betting purposes, as per the new regulations. All of AgeChecked’s processes ensure that customers are onboarded quickly and effectively.

We are already working with a number of new clients in Germany and are happy to help others who are hoping to fall in line with the regulations. If you are operating in this territory or are planning to in 2021, don’t hesitate to get in touch for a free demo.

Germany isn’t the only European country pushing forward with new gambling regulations. As larger regulatory changes start to come into place in certain countries, others are looking on and reassessing their current regulations. Why not check out our effective verification solution for The Netherlands?  If you would like to speak with one of the gambling team at AgeChecked, please do not hesitate to contact us. 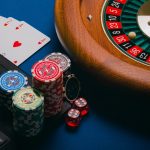 How Has The Gambling Industry Changed Over The Past Year?Gambling, News