With many calls for a fresh approach to safer gambling legislation and more protections for problem players, one operator has stepped forward to lead the way. The Kindred Group, one of the UK’s biggest betting operators has been the first to reveal how much of their revenue has come from customers who would be considered to be high-risk.

Kindred is one of the UK’s biggest gambling operators. They have nine brands under their umbrella, including some very high-profile and well-known ones such as 32Red and Unibet. 32Red is a prominent shirt sponsor for several teams through the UK footballing scene, including the Scottish Premiership team Rangers.

In their recent financial releases, they revealed that approximately 4% of their revenue comes from those customers who were thought to be high-risk. Though many brands are committed to supporting players who might be at risk from this, there have been few who are willing to reveal the percentage of their customers who are considered to be engaging with problem gambling.

Problem gambling in the UK

There is already a strong set of protections in place to help protect against problem gambling. Operators need to clearly provide access to problem gambling charities in addition to monitoring for suspicious behaviours. They also frequently offer tools such as deposit limits and self-exclusions.

What can be done for prevention?

These rates obviously need to be tackled and brought down. There have been calls in the UK to reassess both the issue of safer gambling and the Gambling Act 2005. In particular, the latter is now often considered to be out-dated as it did not account for the rise in popularity of online gambling.

One call that is being made is for the removal of betting companies from the sponsorship logos of football and other sporting teams. With their sponsorships of teams such as Rangers, this is obviously a change that would affect the Kindred Group. It would affect many other teams too, with three-quarters of the Premier League teams having betting sponsors or partners.

Critics say that removing betting operators’ visibility from the world of sports is going to have very little overall effect on problem gambling in the UK. However, it does open up the opportunity for other conversations to be had that could result in more being done to help those who do have a gambling addiction.

Changes in the future

The Kindred Group has plans to actively reduce the number of problem gamblers using their services to zero by 2023. This ambition will take a lot of effort and might require them to develop new tools beyond what they currently have access to.

For those operators who wish to make their own changes to their safer gambling strategies, AgeChecked has launched an AI tool to monitor for vulnerable and problem gamblers. This program integrates with your CRM and live chat system and identifies key words that could point to worrying behaviours from a customer. An operator will then be able to monitor the customer and potentially reach out if they feel there is an issue there. To find out more please contact us or go to our Vulnerable Player monitoring solution webpage. 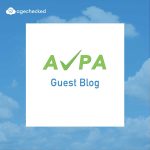 AVPA Blog: Should we use a digital identity trust framework for age assurance?News