Only a month after the new licensed online market was launched in the country, Germany has announced that a new centralised self-exclusion system will launch at the beginning of August. This new OASIS player blocking system is being introduced throughout the country under the terms of the German Interstate Treaty for Gambling or the Glücksspielneuregulierungstaatsvertrag (GlüNeuRStV). This is the treaty through which legal online gambling is allowed throughout the states in Germany.

In early July, GlüNeuRStV opened up the online gambling market in Germany to all products and verticals. The new treaty also comes with a set of conditions that operators must adhere to. For example, a strict age verification has been put in place that will prevent minors within the country from accessing products under the treaty. In order to protect minors AgeChecked offers a full verification and authentication service that can confirm a player’s age and suitability to play. This verification and associated service offered by AgeChecked is also in full compliance to the regulations that have been set out by the GlüNeuRStV.

According to an update from the state of Hesse, OASIS, which is a nationwide instrument for protecting online gamers and combatting gambling addiction, is currently undertaking a final round of tests and optimisation in preparation of its launch at the start of next month. Under the terms of the licenses that have been set out by GlüNeuRStV, all online gaming operators throughout Germany are obliged to sign up to the OASIS system.

With this new GlüNeuRStV legislation and the Oasis player blocking system, online players across Germany will also be able to exclude themselves from online gaming sites. This self-exclusion is a facility for people in the country who want to stop gambling for a certain period of time, which is typically six months. Although, the lifting of a self-exclusion ban under the new German treaty can only be requested by a player after a minimum term at the earliest. The minimum term for an unlimited ban in the country is currently one year, with limited bans corresponding to the duration of the period requested.

The GlüNeuRStV, which legalises online poker and slots for all eligible operators in the country, was first approved back in March 2020 by Germany’s heads of state. The GlüNeuRStV was then notified to the European Commission in May, before being ratified by Minister-Presidents in the 16 states back in November. Under the treaty, the German state is now obliged to host a new federal regulatory authority for gambling, that is likely to take at least two years to be fully operational. This new federal regulatory authority for gambling in the country was set in place to down on unlicensed brands in Germany ahead of the implementation of the legislation.

This new treaty has been highly anticipated by many across the country, in particular the German Sports Betting Association (DSWV). The DSWV have previously said the treaty and its conditions are long overdue and the regulation will create unattractive framework conditions for those who operate legally in Germany. Therefore, they believe that unlicensed operators must be rigorously sanctioned and deterred by the federal authorities, which will happen under this new treaty. Not only will the new regulations improve the German gaming market for licenced operators, but it will also ensure that players are safe and protected, minors in particular. Although, to further enhance players protection while online seamless player verification services, identity authentication and ongoing compliance checks that are offered by AgeChecked can be utilised.

AgeChecked has a proven effective solution for operators in Germany. Not only do we offer a product that allows you to verify customer data against national data sets but also a compliant player monitoring tool to help with responsible gambling regulations.

With the German regulations now in place and the OASIS scheme coming next month, operators must fall in line with the German government by utilising solutions like those offered by AgeChecked. 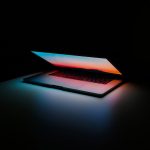 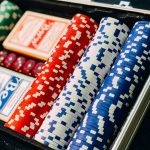