Could loot boxes become the next big age restriction challenge?

Could loot boxes become the next big age restriction challenge? Opposition is gathering steam. In Belgium, loot boxes were banned in 2018, while in the Netherlands, a motion to ban has received broad political support. Spain is also likely to take action in the coming months. And in Germany, a reform to youth protection law is likely to ban loot boxes from any games with an age rating under 18. Australia’s government is currently taking more evidence, following an official recommendation in March to ban them for under-18s. In June 2022, the Norweigan Consumer Council released its report on loot boxes supported by 20 consumer groups in 18 European countries. One of its six key demands is protection of minors. Games likely to be accessed by minors must not offer loot boxes, it says, or other randomized content in exchange for real money. And games likely to be accessed by minors should not contain ‘pay-to-win’ mechanisms.

The UK has recently been considering the status of loot boxes, too. In 2020, the Government called for evidence on loot boxes, saying that it was “ready to take action” if the evidence supported a change. That call received more than 30,000 responses. However, culture minister Nadine Dorries has now ruled out a ban, saying that it could have unintended consequences, such as more children using adult accounts in an attempt to get round a law. Instead, government will work with the industry on future solutions.

The Advisory Board for Safer Gambling’s advice to the Gambling Commission recommended that children should no longer have access to monetised lootboxes. Public policy in Great Britain, they said, is based on the principle that commercial gaming is an activity for adults – and that there’s a strong argument that loot boxes fall under that definition. They recommended that the Government should require loot boxes to be removed from games which children play. Or, if they are present, they should only be accessible for over-18s.

Gambling commission executive director Tim Miller says: “We are concerned with the growth in examples where the line between video gaming and gambling is becoming increasingly blurred. Where it does meet the definition of gambling, it is our job to ensure that children are protected and we have lots of rules in place, like age verification requirements, to do that.”

Of course, whether or not loot boxes are defined as gambling is another debate in itself. Right now, the Gambling Act 2005 doesn’t cover loot boxes, because they don’t fit the legal definition of gambling. But many organisations have called for that definition – and, by extension, the law – to be changed. And change could be coming.

Loot boxes are hugely lucrative for the video games industry: in 2021, lootboxes and digital currencies alone earned around $15bn worldwide – and it has shown that it is prepared to fight attempts to ban or restrict them. Global giant EA recently overturned a €10m fine which ruled that its FIFA Ultimate Team packs broke Dutch gambling law. Other games have tweaked their systems: Fortnite: Save the World, for example, now shows players the contents of loot boxes.

But with new restrictions becoming increasingly likely, those companies will have a difficult task. They’ll need to ensure they can comply with age regulations for loot boxes – without alienating the millions of gamers across the world who just play for fun. 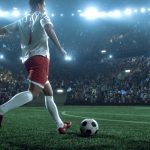 Will online gambling companies be banned from advertising on football shirts?Gambling, News 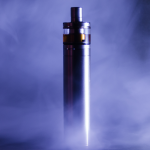 Why having the right age-check systems is a quality mark for vape retailersNews, Retail