While the attention of the UK media has been firmly focused on the much overdue Online Harms Bill, one of the last EU Directives that was due to be implemented before the UK leaves the Transition Period which completes Brexit may have a more profound effect on the age verification market, not only in Great Britain, but across Europe.

The Audio-Visual Media Services Directive (‘AVMSD’) was first issued in 2010 and introduced AV to adult cable TV channels. In 2018, it was updated to extend its reach to online video-sharing platforms, such as YouTube, and perhaps more significantly, commercial pornography websites.

Any adult site whose owner is established within the European Union, European Economic Area or the UK must notify the appointed regulator in the country where their principal operations are based, and will fall under their jurisdiction as soon as that country adopts the directive into law.

The EU required that this should have happened already, by 19 September. Only four Member States complied with that deadline (Denmark, Hungary, the Netherlands and Sweden) so the 23 others, plus the UK, now face infringement procedures against them by the Commission, and a race to transpose the new directive into their domestic law.

All eyes are now on the countries where the leading adult site owners – WGCZ, Multi Media LLC, IG Media, and MindGeek – may be deemed to be primarily established. Overnight, as these countries adopt the new European standards, the sites run by these companies will need to implement age verification or risk a fine of up to 5% of their global turnover. Cyprus is probably the most obvious, but Poland, Luxembourg and even France could also have an impact.

These sites do have options – evacuating their staff from Europe, or accepting a 5% turnover fine as a cost of doing business – but a concerted attempt to avoid the reach of the legislation will inevitably lead to more draconian enforcement measures, perhaps resurrecting the most effective measures envisaged in the now abandoned UK Digital Economy Act. These targeted the revenue channels and other support infrastructure, and, in their time, concentrated the minds of the adult sector sufficiently to see them actively preparing to comply.

There is less obvious activity in the market to get ready for the AVMSD, but with its impact extending across an entire continent – the richest continent in the world – sites would be well-advised to focus on this new regulation, and decide how to address this major risk to their reputation and revenues.

The directive extends beyond pornography.  All video-sharing platforms need to implement age-rating for their content, facilitate parental controls, and restrict exposure to other content and advertising that might impair their physical, mental or moral development.  In many cases, the risks  will be low enough that looser measures of age-assurance will, at least initially, be sufficient to keep off the radar of regulators.  But over time, inevitably mistakes will be made, children will see material they should not, and regulators will come  under pressure to raise standards and take more enforcement action.

Adopting age verification to a recognised standard such as BSI PAS 1296:2018 provides sites with the most robust response to this emerging regulatory risk, particularly if they carry any content or advertising that could be perceived as harmful to children.  By using a robust level of assurance and one that is recognised by regulators, will ensure that there is no need for website owners to worry about having to overhaul their site to avoid a very nasty fine. 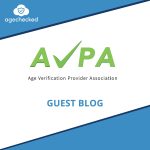 What impact will a Christmas lockdown have on the sales of age-restricted goods online?News