AgeChecked has spent the last four years helping develop an effective age checking regime to prevent children from stumbling across porn on the web while protecting the privacy of adults. Working first with policy-makers in Parliament through the Digital Policy Alliance, and then closely with the British Board of Film Classification which was appointed as the new regulator, AgeChecked helped shape the rules which would allow for secure, anonymous age verification. AgeChecked CEO and Founder, Alastair Graham has worked to build confidence in the new arrangements amongst the adult industry globally. After repeated delays last year, the Government eventually announced in October that it would never implement Part 3 of the Digital Economy Act, passed in 2017, leaving millions of children exposed to pornographic content, often hardcore in nature, for years to come.

The Government’s alternative is to delay action until a new Online Harms law is passed. It has given no indication of how a new system would differ from the one already built. The new statute has yet to be drafted, and will itself be subject to extended pre-legislative scrutiny by Parliament before it is even considered by MPs and Peers as a new law, based on a complex ‘Duty of Care’ principle. A new Online Harms Regulator would then be appointed, with more months of delay before the new body drafted and implemented replacement rules to protect children. In practice, experts agree this means at least another 2 or 3 years of delay.

“Politicians simply cannot keep putting this off particularly when ministers have given no clue about what they imagine would be a better answer than the one Parliament already agreed.

AgeChecked developed an age verification solution that is completely separated from the age-restricted sites which deploy it, guaranteeing privacy and data security for consumers. AgeChecked provides anonymous age verification, and it does not retain any personal data. Moreover, we comply with the industry standard, PAS1296, to ensure that the checks we carry out are sufficiently, but proportionately, rigorous enough for each particular purpose, and do so with the minimum impact on the user experience, often completing age checks invisibly to the customer.

Our legal advice is that ministers are simply not allowed to ignore laws passed by Parliament. They should either implement the law passed 2 ½ years ago, or tell the industry and the public exactly what will replace it, and when.”

“It has been enormously frustrating to know that AgeChecked and others have had independent, secure and anonymised age verification systems ready-to-go for over a year now, only to be facing years of delay before the child protection measures Parliament requires are brought into effect. Through this action, we are asking the Government to re-think its timescale, and work with the Age Verification industry to implement this reform within months, not years, using the legislation that is already on the statute book.”

“Children’s Charities’ Coalition on Internet Safety supports this judicial review of the Government’s decision, announced in October 2019, in respect of the implementation of Part 3 of the Digital Economy Act 2017. If a judicial review is the only way of getting better protection for children then we are all in favour but it should never have come to this. Everything was in place and ready to go. Children who could have been protected from truly horrific sexual images will instead be exposed to them. That cannot be right.”

AgeChecked is a UK-based global provider of secure and anonymised online age-verification services, founded as part of the UK’s emerging SafetyTech sector which has been leading the world in this field.

AgeChecked’s service provides online businesses with a fully integrated, compliant, age checking solution, offering a wide range of accurate verification methods to ensure the highest age checking pass rates online. Verification checks occur swiftly, with the majority of checks completed in under 10 seconds. Increasingly, customers will verify once, and be able to use that check on many different sites, often without any further interruption to their activities.

AgeChecked is global solution – online customers receive an age checking service that is optimised by geographic location and designed to meet local regulatory requirements based on the goods and services on offer, so organisations can meet their responsibilities wherever they do business around the globe. 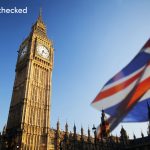 Was the General Election good or bad news for those who want to see better protection for children when they go online?News 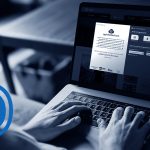