What Did The Survey Reveal?

It goes without saying that many parents in the UK would be horrified to find out that their young children were able to access adult content online. However, without proper age verification regulations in place, this is currently an issue that many people face.

According to a recent survey undertaken by a Christian Charity named CARE, around 81% of UK adults agreed that “the government should implement age verification to protect children from all online pornography.” 13% surveyed disagreed with this and 6% stated that they didn’t know.

Additionally, around 79.5% agreed that there “should be an age limit of 18 years for access to online pornography.” The government doesn’t act on survey results alone but these figures should be cause for concern for those who have previously delayed implementing such a solution.

What Was The Response?

In fact, Rhoda Grant lodged a motion in the Scottish Parliament which urged the UK government to enforce the third part of its Digital Economy Act to deal with the problem as soon as possible.

How Can AgeChecked help?

At AgeChecked, we believe that children should be protected from harmful or age-inappropriate content online. Of course, we also believe that this shouldn’t interfere with the privacy or the freedom of adults who want to make use of this content.

If you want to find out more about our solutions for age-restricted content providers, get in touch today. Our sales team will be happy to guide you through the process. 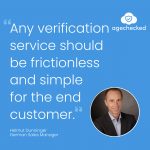 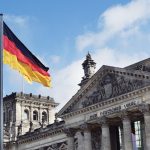